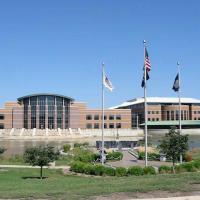 Chicago, IL (PRWEB) April 10, 2008 -- Foreclosures on properties in the Chicagoland Area (which includes Cook, Dupage, Kane, Kendall, Lake, McHenry, Will and Winnebago Counties) continued into record territory in the 1st quarter of 2008, according to the Illinois Foreclosures Listings Service, a Chicago area provider of foreclosures, auctions and REOs for investors (ilFLS.com).

The 15,000 new preforeclosure listings filed in the first part of 2008 were an all time high, representing an 8% increase over the 4th quarter of 2007 and a mind blowing 100% increase from the foreclosure filings in the 1st quarter of 2006.

Surprisingly, Cook County, Illinois most populous county saw a slight 4% decrease in the number of foreclosure filings dropping to around 8600 new foreclosures. Dupage, Kane, Kendall, Lake, McHenry, Will and Winnebago all experienced a significant upswing on properties entering into foreclosure, increasing anywhere from 20-50% from 2007 and driving the overall Chicago Area numbers up.

"We thought we had seen a peak with the unprecedented levels of foreclosures in the last part of 2007," says T.J. McKinney Investor Relations for ilFLS.com, "but clearly the combination of the continuing weakness in the housing market, the subprime mortgage meltdown, and a U.S. economy in recession has taken its toll on overextended homeowners."