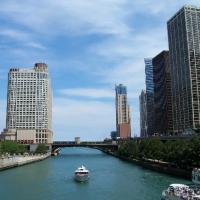 According to a recent report by the Office of Federal Housing Enterprise Oversight, or OFHEO 2nd Qtr. 2008 Chicago area home prices have declined 1.15% since 2007 and 1.21% since the first quarter of 2008.

Additionally, in the Chicago area alone there were over 6000 new preforeclosures filed in July adding to the deterioration of the Illinois home market yet Chicagoland still ranks in the top 150 in appreciation.  In fact, the average Illinois homeowners has experienced a more than 35% rate of appreciation on their home in the last 5 years despite the recent depreciation in the market!

So in the end Chicagoland homeowners should thank the stars that they live in a relatively stable market, and be especially thankful that they don’t live in Merced, CA (34% depreciation since last year.)