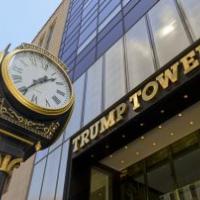 Ironically or not after one of the top property investors in the world became the president of the states, America has been facing the question what will happen now with the shaky real-estate market while Trump is the head of the nation. During his campaign, Donald Trump remained relatively quiet and vague on real estate proposals – a matter that surprised all housing experts. Here are some insights how this industry will play out under the new president of the USA.

Most of us expected that as a real estate developer Trump will provoke more growth and development in the real estate industry. However, the lack of housing policy proposals creates a certain tension and anxiety. Still, researches show that historically the change of administration does not majorly influence the property market. Whether the new President has a clear plan or not the property business will highly depend on the overall economy booms and busts and the financial markets which predominantly influence the investors.

According to Forbes, Trumps has to be prepared for some economical changes and challenges.  A short-term boost of the economy is expected in the first few months of 2017 due to tax cuts and government investments, however, trade deficit is also likely to rise. As a result, customers will face higher prices. Experts predict a rapid movement in the stock market will occur while volatility in the financial markets will provoke investors to go for mortgage-backed securities which keep mortgage rates low, according to the Washington post. Others question what will happen with the interest rates as they have been gradually going upward, according to reports, and how would this influence the real estate market.

In states where the economy is healthier than others people are expected to invest in property due to concerns what awaits them after the election of Trump. Caused by fear of what the future holds some will decide to secure themselves by buying a home now. Financists claim that Trump’s presidency would rather influence some regions than the whole country. For example, as Trump promised to invest in infrastructure, specific states that require more renovation of roads will attract more workers which will immediately increase the purchase of homes in the area.

As Trump has called for increased defense spending and employment, higher wages and better household formation experts claim that such moves will definitely affect the housing market. On top of all his intentions to change a number of government regulations, including ones in the real estate industry, will liberate the housing market.

A recent study conducted by the Urban Institute proved that fewer homes are built than what it is needed. Trump and the federal government will have to find a way to deal with the supply of housing issue and with the credit availability as well. Trump’s vision on immigration will also affect the real estate industry and the supply of homes as immigrants   are a big part of the labor in the construction sector.

Last but not least, real estate companies believe that Trump, as a developer, understands the dynamics of the property market. What is more, as such, he is expected to be much more sympathetic to this industry and willing to cooperate and engage with the field.