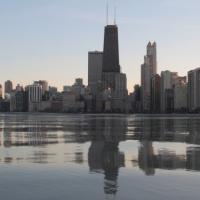 From Nov. 18-Nov. 22, Chicago foreclosures took a big leap.  After a mid-month slump of only 66 properties sold to investors, last week provided us with a much more encouraging 80 properties sold at auction.  October of this year was full of positive indications that this winter wouldn’t be too harsh on the Illinois real estate market, but November doesn’t seem to have quite gotten the memo.  Though last week’s numbers were a big improvement on the week of November 11th, overall, the market is experiencing a drop from the healthy place they were in during October 2013.

Part of the reason the numbers have been low the last few weeks is because Cook County hasn’t been  up to its usual rate of sales.  In the past two weeks, Cook has sold only 59 properties at auction, where it would usually sell the same amount in half the time.  Luckily, last week, counties like Dupage and Lake were able to pick up the slack by posting their typical numbers.  Some of the smaller counties like Kendall, Kane and McHenry also had higher numbers than is typical for them last week.

As for bank owned properties in Chicago, there was an increase from 461 to 527 last week.  REO properties in Chicago represented 85.81 percent of total foreclosure completions in October and November looks like it may continue that pattern.  As we know, when a property doesn’t sell at auction, it reverts to the lender.  Though it’s good because the foreclosure is considered “resolved”, it may indicate that less people are purchasing properties at the auctions.

Properties are still selling at the auctions, despite the chill in the air and, although Illinois foreclosures are still fluctuating as they fight to find their winter stride, this week was a vast improvement over the week previous for Chicago foreclosure listings.