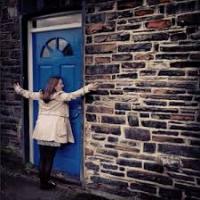 Love of the purest form was in the air last week: the love between an investor and their latest property!  The recent upswing in auction activity hasn’t worn off just yet, it seems.  After a slow end to the month of January, February has picked up and stayed up with a higher-than-average volume of properties selling to investors for this time of year.  During the first week of February, 99 properties went to investors while last week the numbers dropped, but still remained seasonally high at 88 properties sold to investors.

Cook County led the charge this week with 47 properties sold, which was 10 less than the week before.  This almost entirely explains the 11 point drop from the first week in February to the second.  Dupage County had a good week from the 10th to the 14th, as well, with 17 properties selling at auction.  The other 5 counties posted mid-range numbers for last week, including Kane County which was standing out for its unusually high performance during January this year.

One interesting Dupage County property that sold last week is located in Glendale Heights.  The single family home sold for $37,500 which is almost half the price of its Zillow estimated value of $75,867.  According to Zillow, Glendale Heights home values are expected to increase by 4.2 percent over the next year and the 60139 zip code will increase by 4.4 percent.  It could be a good time to check out other available foreclosed properties in the northern suburbs of Chicago before the anticipated increase takes effect.  It's never too late to find the right love match between an investor and their property.  Happy Valentines Day from ILFLS.com - we hope you spent it with someone special.