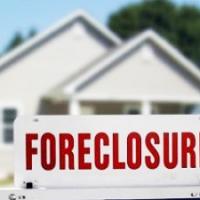 2016 has been in a bit of a freeze for foreclosures. Numbers continued to drop down compared to other years leaving experts to believe that this marks the recovery of the real estate crisis. To predict the future of the sector, the Illinois foreclosure listing service compared statistics from previous years and gathered important insights from other researches.

The number of foreclosures in 2017 will be far away from the tsunami pick in 2011 when it hit 3.58 million. As a result of the the property market recovery from the mid-2000s bubble that severely impacted the economy the last recession-era foreclosures will be weeded out of the market in 2017.

Inman announced that foreclosure filings (default notices, scheduled auctions and bank repossessions) were reported on 933,045 U.S. properties in 2016, which is the lowest level since 2006. The real estate news website stated that 2016 marks the lowest annual foreclosure rate nationwide since 2006.

As for Cook, the second most populous county in the United States, the highest peaks are during the end of 2005, end of 2006 and 2007, and escalated even more in the beginning of 2008  with a dramatic drop in June 2008. The numbers remain steady until 2012 when they suddenly began to fall again.

Real estate owned properties (REO) dominated in Will with skyrocketing in 2013, followed by Lake with an increase in 2011 and 2012, while Kendal notes the lowest rate of REOs. Will county reached highest levels of properties sold to investors in 2012 and remind steady until 2014 when numbers start to drop. In contrast, Dupage was one of the counties in the area with least number of foreclosures sold to investors.

All these results will influence the market in 2017. The stronger economy though and the tougher loan qualification standards will also affect the foreclosure market. However, since interest rates, borrowers’ credit scores and home prices increase, it will be more difficult for first-time buyers to purchase a property which will make them look for better deals in the foreclosure sector. Experts predict that in regions where the market has not recovered fully foreclosures will be still trending in 2017.