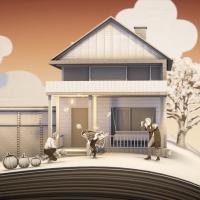 It’s almost time to bid adieu to February already and the third week numbers for the month indicate as much.  From the beginning, February has been a strong month – and it continues to be.  However, the numbers did drop from 88 properties sold to investors during the week of February 10th-14th to 84 properties sold last week, February 17th-21st.

During the first week of February, there were a stunningly high 99 properties sold to investors.  After the monthly statistics for January came out with such positivism there was always the possibility that February would disappoint.  Now, having seen 3 weeks of high auctions sales in February, we can see that fear was in vain.

As always, there are a few counties that stood out last week.  One of those is, of course, the reliable Cook County.  Because Cook County consists of the City of Chicago and is the largest of the 7 counties, this just makes sense.  Last week Cook County saw 54 properties sold to investors, which makes up about 65 percent of the sales during that time.  Though Cook County usually hovers between 40-50 properties sold each week, the ratio was a bit higher than usual, meaning that some of the other counties may have been slacking last week.

This proved true, especially, in Dupage County. Dupage, as the second largest county, often posts high numbers over the span of a typical week.  In 2014, however, the county has had extremely variant numbers from week to week.  Last week was a perfect example of that, since Dupage sold only 5 properties at auction, where the previous week it sold 17.  What does this mean for Dupage County?  It’s inconclusive so far. Because of the different cities covered under the Dupage umbrella, things can change quickly there.  According to Zillow, home values in a place like Lisle are expected to rise by 1.3 percent over the next year, but a city like Naperville, which is also in Dupage County, has home values predicted to rise by 2.4 percent over the next year.  The different foreclosure and real estate trends within the county could account for the fluctuating auction sales seen this year so far.