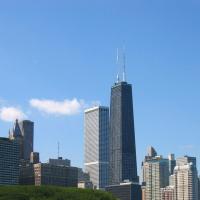 Despite aggressive efforts by the U.S. Government to stem the rising tide of foreclosures throughout 2008 the 4th Quarter saw another 11% increase in foreclosures in Illinois over the previous quarter.  The over 17,500 new foreclosures in the 4th quarter of 2008 is the highest total on record for the Chicagoland area which comprises the counties of Cook, Dupage, Kane, Kendall, Lake, McHenry, Will and Winnebago.

“I don’t foresee conditions in the real estate market improving too much for overburdened homeowners in foreclosure.”  Says T.J. McKinney, Investor Relations for ilFLS.com. “Many homeowners in foreclosure looking to sell their homes on the real estate market are facing stiff competition from lower priced REO properties which are currently flooding the markets.”

In fact, in 2008 over 26,000 properties entered the REO market from the Illinois Judicial auctions alone as compared to a little over 15,000 REOs in 2007.  As these low priced REO properties continue to enter the real estate market in record numbers the median sales price of homes may continue to slide and we may not see any abatement in foreclosure numbers well into 2009.