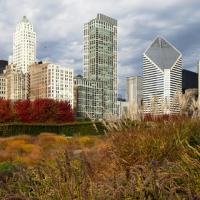 The  first full week of November saw a slight dip in Chicago foreclosures.  The 7 Chicagoland counties sold a combined total of 91 properties to investors, which is about average for this time of year.  In fact, most years, Autumn months tend to be the slowest of the year.  This year has been a bit of an anomaly on that front, though, with September and October posting higher numbers than even the summer months did.  So, with a return to the 90’s for the beginning of November it looks like the Fall trend from former years is finally catching up with 2013.

Lake and Will counties are holding steady this week, with 11 and 14 properties sold to investors respectively.  Lake County has been able to maintain similar numbers for the past few months, never fluctuating by more than a few points up or down.  As the Illinois foreclosure market goes, Lake is rather remarkable in its ability to stay relatively the same week after week.

One house in Waukegan, IL (part of Lake County), sold for 73 percent less than the estimate provided by Zillow. The 3bdrm/2bath home’s estimated value is $107,606, but it sold to an investor on November 5th for just $38,052!  Although Zillow predicts that the market in Waukegan will decrease by .3 percent next year, the low sale value on this beautiful Cape Cod is still a surprise since it sold for $160,000 in December 2003.  Just goes to show the huge difference ten years can make for foreclosures in Illinois.