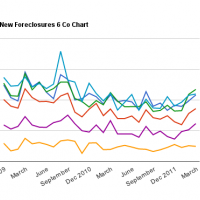 It is well known that Chicago is one of the hardest hit cities from the current foreclosure crisis. Because of this, Chicago is among the first metropolitan cities to participate in a new federally funded program to decrease the negative impact of foreclosures. The Federal Housing Finance Agency is currently participating in a new program aimed toward turning government-owned foreclosed homes, held by Fannie Mae, into rental properties. Under the terms of this program, prequalified investors are able to apply to buy large groups of foreclosed Fannie Mae homes; they must agree to rent the homes out for a specified number of years. The first phase of this program is beginning with 99 properties with 120 units in the Chicagoland area. The aim of this program is to remove foreclosed properties from the market.