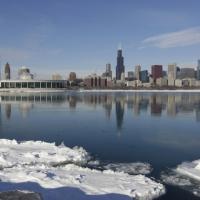 From January 13th- 17th, Chicago foreclosures have remained one of the most in-demand areas of Illinois real estate.  After an almost unprecedented 159 properties sold during the first full week of 2014, it’s no surprise that the numbers dropped last week.  Although they dropped by more than 50 properties sold at the auctions, the 103 properties sold last week was nothing to sniff at, as that number still far outstrips many of the highest selling weeks of 2013!  With the undeniably good turn of the tides we’re seeing for the beginning of the year, there is no doubt this upsurge will continue to inspire local Chicago investors.

Cook County continues to lead the charge among the Chicagoland counties as it proved again last week by being the lead seller at auction with 55 properties sold.  However, another county has stepped up to take the second spot in the line of importance.  Though logic would indicate that Dupage County, the second largest in population, would be next in the line of highest-selling counties, it is Will County that has taken a front seat over the past few months.  Will County is second largest in area and its location in the south west suburbs of Chicago seems to be drawing in new investors frequently now.  This past week, Will County had 21 properties sell to investors with Bolingbrook and Plainfield IL being big hot spots on the map.

622 REO last week compared to 969 the week before indicates just how many properties were on the foreclosure market at the end of 2013.  The fact that many of these have now reverted to the lender may be leaving the foreclosure market cleansed, making room for more quality properties that have been on the market for less time.  Though new properties falling into foreclosure cannot be good for the real estate market in general, having better-maintained properties on offer for investors is a kind of silver-lining that at least helps to keep things moving at the auctions.

Overall, the outlook for this year continues to become brighter and brighter as these first few weeks post positive numbers for the Chicago area.