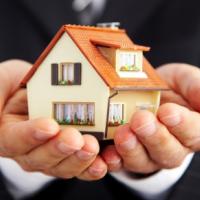 Chicago foreclosure numbers are continuing to do well as June matures, despite a drop from the second week of the month.  After weeks of sub-par auction numbers, the tide seems to finally be turning.  From June 9th -13th, the Chicagoland area sold 101 properties to investors.  Last week, the 7 counties sold 89 properties.  Even though it’s a loss of 13 properties, it is still a robust number for this time of year and does a lot to encourage investors who have been waiting for the summer craze to start.

One other interesting trend that sometimes happens as the days heat up, is the spread of sales in each county becomes more equal.  Already, Cook County, which has kept the Chicago area alive for the past few months almost on its own, has slowed down a bit this week.  During the second week of June, Cook County sold 53 properties to investors, while this week that number dropped to 44.  Some of the counties that stepped up to fill the void include Dupage County - which broke double digits for the first time this month with 12 properties sold at auction– and Will County, which has been slowly increasing its numbers over the past few weeks, had 13 properties sell last week.