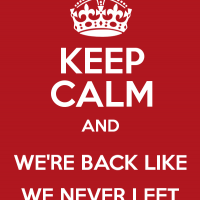 After a few weeks’ hiatus, we are back and ready to fill you in on all that’s been happening in Chicagoland foreclosures!  We know you’ve missed us, but we’re ready to get back to business and let you know how auction numbers have been going over the past couple weeks.

Our most recent blog post gave a nice overview of the numbers in mid-August and how they compared with numbers seen in August 2013.  Cook County was flip-flopping, and the other counties (especially Lake, Will and Dupage) were stepping up to provide a few extra sales at the auctions to supplement.  By the end of August 2014, the numbers were continuing to fall below what we’d expect to see at the end of the summer.  Generally August is a good month for Chicago foreclosures because it’s still hot out and people are trying to buy some last-minute properties before the cold sets in.  This August, however, showed a 15.66 percent decrease from July’s numbers and only accounted for about half of the sales seen last August!

Fortunately, there was a significant rebound in September.  The number of properties sold to investors grew by 11.73 percent from the end of August to the end of September.  Though the numbers were still less than what we saw in September of 2013, they were healthy overall.  The first two weeks of October have proven to be slow, as well.  Whether it’s the colder turn in the weather or something else, investors are slow to bid and buy at the auctions this month.  From October 1-17th there have only been 177 properties sold to investors, which equates to about 70 properties sold each week.  Again, these numbers aren’t horrible, but they could definitely be better.

What does this mean for you, investors?  It means you’ve got to get out there and start bidding!  There are a lot of foreclosure properties in the Chicagoland area up for grabs and they’re just waiting for you to scoop them up!