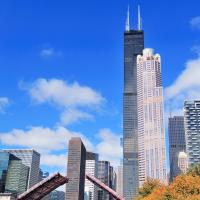 The final week of August fulfilled the prophesy set out for it by the promising numbers of July 2013.  The total number of foreclosed Chicago area properties sold to investors continued its slow upward trek.  With 95 properties sold to investors for the week of August 26th through August 30th, the Chicago markets continue to improve with a 2 point lead over the week before and, as always, the individual counties provide us with some insight into the big picture numbers.

Cook saw a slight drop in properties sold to investors last week, only selling 44, while in the previous week the county sold 53.  Cook County has been having an interesting August in general, however, with ten point fluctuations from week to week becoming a regular occurrence.

Will County was another area around Chicago that saw some intense movement this week.  Routinely one of the counties that have low numbers when it comes to properties sold to investors, this month has been a story of victory for Will.  In the first two weeks of August, Will’s market sold a combined number of 18 properties, while in the last two weeks of August,  it sold a combined total of 43 properties, more than doubling its performance!