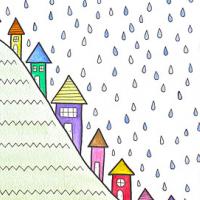 As we continue to progress through April, the auction number seem to have found their footing.  After surprisingly low numbers during the first week of April, auction sales rebounded during week two.  Now, as we reach the solid middle of April, the statistics are becoming more consistent.  From April 7-11th, there were 94 properties sold to investors and last week that number dropped to 90 properties sold.

Despite the minor drop in sales this week, 90 properties sold to investors is still high for this time of year.  And if past years are any indication, as we draw closer to the hot summer months, the numbers will only continue to rise.  Last year, 1272 properties sold to investors between June and August in the Chicagoland area, which averages out to around 105 properties sold per week over the summer.  One interesting thing about a year-over-year comparison is that when you look at numbers for last April when compared to what we’ve seen to-date this April, the numbers are very similar.  This could be an indication that another hot summer of high foreclosure sales at the auction could be in store in 2014.

As for last week’s statistics, there was a refreshing change! Instead of Cook County posting the bulk of the auction sales last week, the numbers were a bit more spread out.  Though Cook County had a respectable 38 properties sell at auction, both Will and DuPage counties stepped up this week with 14 and 16 properties sold, respectively. Historically, the spread of the statistics is also wont to change as it gets closer to summertime in Chicago, with some of the surrounding counties seeing more movement.