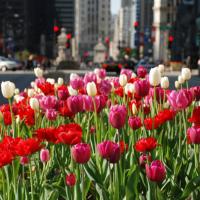 Chicago auction statistics held steady last week, May 26th-May 30th as the month passed into the night with a whisper instead of a bang.  With 78 properties sold to investors last week and a volatile month in general for May, it will be interesting to see what June brings this year.

Spring of last year had its fair share of ups and downs, too, though.  April 2013 was a great month for Chicago foreclosures, with 486 properties selling across the 7 counties. However, when it rolled around to May, the numbers took a decisive nose dive, falling to 331 properties sold at auction, more than 100 less than the month before.  Even June 2013 was a little slow, only selling 333 properties to investors – a measly 2 more than in May 2013.

Never fear, though – the numbers for this year are more encouraging than the last.  While the first quarter of last year experienced a lot more fluctuation, 2014 seems to have brought more consistency to the table.  Chicago auction activity always picks up over the summer (much like the rest of the city, this is when real estate shines), but last year the summer numbers didn’t really kick in until July when they jumped by more than a hundred.   The thing investors will be looking for is the auctions picking up earlier in the season and the numbers soaring higher.  We at ILFLS will make sure you have all the relevant data to make this summer a successful one for you!