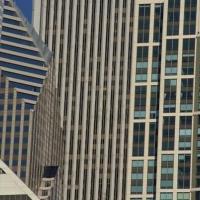 Chicago foreclosures reached a 5 year high point in November 2007 and with monthly gains in new filings since early 2006, a slow real estate market and a stagnant economy there was every reason to believe foreclosures would continue their upward march. However, quite unexpectedly, new foreclosure filings dropped in December stayed flat in January and overall are down 8.5% from the November peak.

Several factors may have contributed to the recent reduction of foreclosures in Chicago including, but not limited to:  the holiday court schedule delaying filings, lenders working more diligently with homeowners to postpone foreclosures, or the gradual tightening of lending standards that began in late 2006 and early 2007 which slowed the tide of so called ‘bad’ loans being originated. Regardless of the cause for the surprising drop in foreclosure numbers in Chicago, it still remains to be seen if it represents a long term trend which will continue throughout 2008, or is only the calm before the storm.

Below are the numerical representations of the foreclosure filings including the projected numbers for February which further support the downward trend.

* Based on new foreclosure filings at the Chancery Division as recorded daily by ilFLS.com data specialists