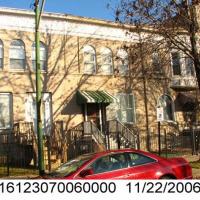 The first week of each month tends to have pretty high numbers when it comes to properties being sold to investors.  Still, from September 30th –October 4th, the numbers were higher than even other first weeks have been this year.  For example, September had the highest number to date, with 107 properties sold at the auctions, but October topped even that with 121 properties sold at the auctions!

Every county did its part this week, but Cook County, especially, had s significant increase in sales.  Typically averaging around 50 properties selling each week to investors, it leapt to 60 to start October off right.  This is especially interesting since the overall change from last week to this week was exactly an additional 10 properties.  This positive sales trend seems to be affecting the number of Bank Owned properties, as well.  The last week in September there were 654 properties owned by the bank, but when it turned over to October, that number dropped to 606.

Take advantage of the Illinois Foreclosure Listing Service’s auctions tab and find out when and where any property you might be interested in will be available to buy.