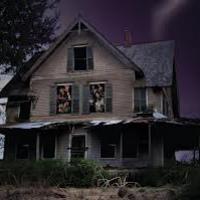 As expected, the holiday break for Thanksgiving caused a setback in auction sales during the week of November 24th-28th.  However, there were still 41 properties sold to investors during the rest of the week.

One such property was a 1,221 sq. ft. house on Saint Lawrence Avenue in Chicago.  The home first fell in to foreclosure way back in 2010, so it just goes to show how long the foreclosure process in Illinois can take sometimes.  Last Wednesday, however, it finally found a buyer – and what a lucky buyer they ended up being, as the home sold for 94 percent less than its Zillow-estimated value.  So, instead of paying $124,356, the investor paid only $7, 579!  Though this is quite the deal, it is also important to remember that sometimes properties that has been slogging through the foreclosure process for as long as this one has are likely to have dipped in quality as the years wore on.

A term we’re seeing again and again in the real estate market right now – especially in Chicago – is “zombie foreclosure”.  A zombie foreclosure is a property left by the homeowner before the bank can take it back.  It is then abandoned and begins to fall into disrepair, attracting crime and bringing down the value of the surrounding homes.  Though that isn’t necessarily the case with the home above, the zombie foreclosure issue is a big one for the area and the more properties that have been in foreclosure for a long time that we can get turned around, the better.  One perk to purchasing a home like this is that in the right circumstances, the price drops uber low and the extra money can be spent on renovating and refurbishing the property, preparing it for resale or habitation.

During the auction lull that usually occurs as Christmas approaches may be a good time to keep an eye out for chances like the Saint Lawrence property or zombie foreclosures at a lower than usual price.