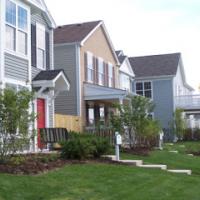 After the week of the 4th of July saw Chicago foreclosure numbers dropping to just 70 properties sold to investors, it was a relief to have 99 properties sell at auction last week.  Though the pre-4th numbers were jutting up over the 100 properties per week mark, it looks like Chicagoland investors continue to be hungry for new properties and new investment opportunities.

The higher numbers allowed for more counties to break into double digits this week.  Cook County, which is consistently the highest selling area, had 49 properties go to investors last week, while Dupage and Will counties both sold 13, and Lake County had 14 go at auction.

One Will County property sold for a truly impressive 90% less than the Zillow-estimated home value!  The home, a one story, 3 bedroom/1 bath brick affair, had an opening bid of $11,880 and sold for $11,881.  Its estimated home value, according to Zillow, is $82,409!  The lessened asking price may be due to a number of factors, including the predicted 4.4% drop in home values in the Park Forest area over the next year.  The Park Forest area has experienced a lot of ups and downs over the past few years.  Though home values were on an upward swing during 2012 and most of 2013, they began to drop during the last quarter of last year.  However, with the rollercoaster the area has been on, it may be a smart move to invest in a home there now and watch the home values rise in a year or two!