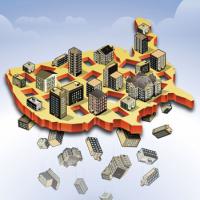 You come to the Illinois Foreclosure Listing Service site to get the best data provided by a local source.  We have the most up-to-date and thorough information on foreclosure auctions in the Chicagoland area, but sometimes we like to widen the scope and look at the national statistics on foreclosures as they are often an indication of what is coming in the future for Chicago and the state in general.

CoreLogic has released a series of stats about the U.S. foreclosure market and how it has changed over the past few years.  Obviously, the recession has had a ravaging effect on the housing market, but those effects were somewhat delayed in the case of foreclosures and the country is still feeling them.  From January 2013 to January 2014, there were 48,000 completed foreclosures which, though it seems high, is actually less than the 59,000 that were completed the previous year.  The rate of national foreclosures is also improving.  In January 2014, the chief economist for CoreLogic, Dr. Mark Fleming said, “For every completed foreclosure, there are 954 mortgaged homes in non-judicial foreclosure states and 896 mortgaged homes in judicial foreclosure states. Although this is a big improvement relative to the height of the foreclosure crisis, a healthier ratio would be one for every 2000.”  As a nation, we are steadily crawling back to that “healthier ratio” he mentioned.  For example, the current national foreclosure rate is 1 in every 1,153.  Unfortunately, that national average is not reflected in Illinois.  We, along with New Jersey, Maryland, Florida and Nevada make up the top 5 states for foreclosures and our current ratio is far from healthy with 1 in every 663 properties in foreclosure.  The chart below (thanks, RealtyTrac) shows the current distribution of foreclosures as compared to the prior month (this was done in December 2014) and the prior year.  As you can see, the numbers for auction and bank-owned properties are dropping, but the preforeclosure numbers continue to rise.

On the bright side, Guardian Mortgage is making predictions for 2015 and they seem positive for the country as a whole.  Other indicators like job growth, new home construction and low interest rates were used to support their claims that the home prices will continue to rise and the foreclosure rates will continue to drop.  According to the National Association of Realtors, home prices rose 11% over the past year and Guardian Mortgage predicts another 5% increase for 2015.  While this is all good news – even in the foreclosure arena, I think it fails to take into account states like Illinois where there is a lot of old inventory that hasn’t been cleared out and is pulling down surrounding home values.  Still, if the national trends begin to penetrate the Illinois and, specifically Chicagoland markets, we could be looking at a turning point for foreclosures in 2015.