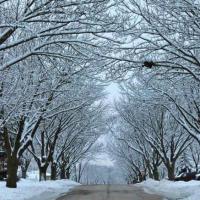 As was the case at the beginning of 2014, the first week of the new year has induced a flurry of buying activity at the Chicagoland foreclosure auctions.  While the week of New Years itself (Dec. 29th-Jan. 2nd) sold a mere 17 properties to investors, last week (Jan. 5th-9th) rebounded and then some, selling 135 properties to investors!  Let’s take a look at the county-by-county breakdown to see what specific areas flourished in this landslide of activity.

Cook County was, per usual, responsible for the majority of sales this past week. With 75 properties sold at auction, the Chicago-proper County has started a number of people’s year off right!  The county has enjoyed relatively high numbers throughout the year and it looks as though that will continue in 2015.  The city has been dealing with a number of zombie foreclosures in 2014, as well, so hopefully some of the older properties on offer have been swooped up for rehabilitation and home values will rise as a result.

Dupage County had a rather surprising turnout last week, only 8 properties to investors!  Dupage, as the second largest county, is often in second place for sales, as well, but last week was a clear departure.  In fact, the 8 properties that sold are less than even a typical week for Dupage, making the lack of activity for that county particularly grim.  However, last week’s faltering numbers doesn’t necessarily indicate disaster for Dupage this year.  We’ll have to wait and see how the next few weeks look for the county to the West.

Kendall County sold zero properties last week, which fits with its usual lack of output, while McHenry and Kane counties both performed well, selling 7 and 12 properties respectively.  Though not a large number of sales, last week’s numbers were higher than the average weekly sales by either county.

The remaining counties are Lake and Will County, both of which sold well last week.  Will County, which has been up and down all year but seems to finally be evening out, sold 15 properties at auction.  This is about average for Will County, at least judging from the numbers seen in the last quarter of the year.  Lake, too, has been having a late-year upswing, so the whopping 18 properties sold to investors last week doesn’t come as too much of a surprise.  However, a more typical weekly sales number for Lake is between 7-10 properties.

The first full week of 2014 saw 163 properties sell to investors, so there was a slight dip in 2015.  However, let’s hope that the markets continue to do well throughout the month of January, starting the year off right!