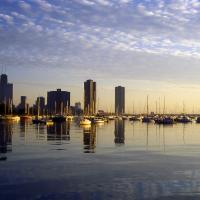 As we sprang forward last week, it looks like Chicago foreclosures also experienced some positive change.  From 74 properties sold during the first week in March to the 93 properties sold last week, it’s obvious that spring is just around the corner.  We’re seeing some warm days (or at least semi-warm) this week and the weather isn’t the only thing heating up.  Though it’s been a pretty strong start to the year, the numbers always increase as we get closer to spring and Summer.

Cook County was back to its usual number of properties sold at auction after a slow week as we first entered March.  With 57 properties sold to investors this week, Cook led the charge by jumped 33 properties from the meager 34 sold the week before last.  This increase in the most influential county is responsible for the larger increase throughout the 7 counties.

The smaller Kendall County also saw a big improvement from the first week of March’s numbers.  As we first entered March, Kendall County was unable to sell even one property at auction, but last week it sold an impressive 9 properties to investors.  For larger counties this wouldn’t be a huge leap, but for a small county like Kendall it’s pretty significant.

On the other hand, some of the counties that typically post in the double digits fell a bit short last week.  Will and Lake Counties both sold only 6 properties, compared to 12 and 8 sold the week before.  So, although the weather and the auctions appear to be heating up, we’ll have to wait and see if our springing forward lasts or not in the next few weeks.