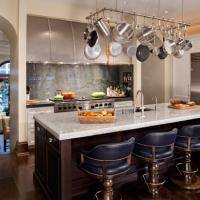 During the second and third weeks of February, the Chicago auctions were doing well, selling 71 and 89 respectively.  This last week, from February 23rd-27th, the numbers fell to only 65 properties sold to investors.  This is especially rare at the end of a month, as that is typically the best-selling time.  However, it may be due to the shortness of February, as well.

This drop below the typical average weekly sales may be due in part to the low numbers seen by Cook County!  As we know, Cook leads the charge every week, with the Chicago-proper County selling between 40 and 50 properties almost without fail.  This week was a rare exception to that rule, as Cook was only able to sell 31 properties to investors last week.

With Cook behind, it led to only further low numbers among the other counties, though it also saw some of the less constant counties shine.  Dupage County, for instance, sold 12 properties last week, while its average for February previously was just 8 properties per week.  Kane also performed well this week, selling 8 properties to investors.  While for a county like Dupage, Cook or even Will, that may not seem like much, for Kane it is above average.

Speaking of Will County…the county to the West sold 15 properties the week before last, but during the final week of February only scraped by with 5 auction sales.  Lake County sold 7 properties last week, which fits into its average of 5-10 per week, while Kendall and McHenry stayed low, with 2 and zero properties sold to investors, respectively.