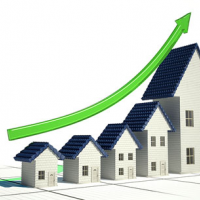 After taking a dip in auction numbers during the previous week, Chicago foreclosures slowly began to regain momentum from July 21st -25th.  While the second full week in July sold 69 properties to investors, last week added 10 to that number, bringing the total for the week to 79 properties sold at auction across the 7 Chicagoland counties.

Cook County has been the main culprit in the lower auction numbers for the past two weeks. The usually sales-rich county has been struggling in its attempt to sell those 10 extra properties that tend to make the difference between an “okay” week or a “wow” week.  Generally, Cook County during the summer hovers around 50 properties sold each week, but since the halfway mark this month, Cook has been unable to muster its usual verve.  Last week, it sold only 39 properties at auction, which is even one lower than the week before.  This means that some of the other counties were able to step up and make a difference last week.

However, the difference is more subtle.  No one county is responsible for helping out, though Will County did the most for the region by selling 11 properties to investors last week.  Lake and Dupage also had a respectable (if a few sales short for each) showing last week, selling  8 and 9 properties respectively.

We predicted that last week was a fluke week, and it looks like that was true to an extent.  Though it’s not often that Chicagoland auction numbers at the height of summer fall below 70 properties sold to investors per week like we saw during the 2nd week of July, the 79 properties sold last week were only a minor improvement when compared with the numbers seen early on this season, which hovered between the 90’s and 100’s consistently.