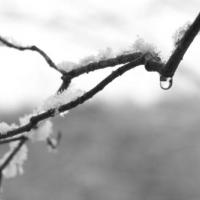 In most cities, the end of March signifies a shift in the weather…usually this results in melting snow.  For Chicago, that doesn't seem to be the case.  The only thing melting down as we move into April are the foreclosure auction sales.  During the third week of March, numbers were already low, having dropped from 67 properties sold to investors during the second week to 66 sold the week before last.  From March 23rd-27th things only got worse.  Last week resulted in only 52 properties being sold at auction across all 7 of the Chicagoland counties (Cook, Dupage, Lake, Will, Kane, Kendall and McHenry)!

The best performer for the week was Cook County with 23 properties sold, but that is almost half of what the Chicago-proper County usually produces.  However, even with its low number of sales, it has the other 6 counties beat by a lot.  In fact, Cook was the only county to hit double digits this week in sales.  Dupage and Lake both sold 6 properties each, while Will sold 8, and, surprisingly McHenry sold 6.  Although that is an impressively high number for McHenry it wasn’t enough to help the overall weekly average.

Still, there was one bright spot for a lucky investor this week.  One property from McHenry County, in the town of Port Barrington sold for 52% less than its Zillow-estimated price of $125,972, instead being signed over for just $60,302.  The two bedroom, 1,104 sq. ft. single-family home was built in 1960 and last sold in 2003 for $200,000.  However, according to Zillow, the Port Barrington area is set to see home values drop 1.9% next year, so it may serve other investors better to wait a year or two before purchasing property in this area.