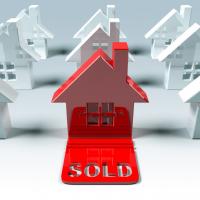 After a late rush during the last week of July, the first week of August returns to solid ground with 75 properties sold to investors from August 4th-8th in the Chicagoland area.  Though a slight dip from the week previous’ numbers, the Chicago area has been able to stay relatively steady this summer in auction sales.

As to what caused the 10 property loss, it looks like Cook County had something to do with that.  The biggest county usually sells closer to 50 properties per week, but under-performed this week, selling only 35 properties to investors.  If not for the efforts of the other counties, the loss would've been much more serious.  In surprising news, McHenry stepped up this week and tied with Will County to be the 2nd highest selling county last week with 9 properties sold to investors each.  It’s a huge coup for the small McHenry county, especially when you consider that the county sold only 12 properties during the entire month of July, and almost matched that in just the first week of August!