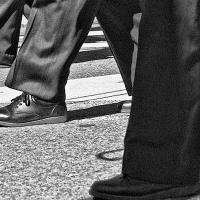 The first week of March (3rd-7th) was unable to equal the high numbers of February.  During most months, the first and last week tend to be the most successful, so this could be a bad omen for March going forward.  However, March is a long month and a lot could happen over the next few weeks as Chicago slowly and cautiously starts to think about spring.  Still, compared to the 85 properties sold during the last week of February, the 74 properties sold last week could be uninspiring for future investors.

Part of the drop in sales can be attributed to Cook County, which didn’t have quite the same vigor it has shown in the past few weeks, either, selling only 34 properties last week where it usually has closer to 50.  Will County, though, was in the double digits again last week, selling 12 properties to investors and keeping up its strong performance for the year so far.

Though Cook was a little low this week, some of the other counties stepped in to make up some of the gap.  The smaller Kane County sold 10 properties to investors last week after selling only 4 properties the week before.  For one of the larger counties, a jump of 6 properties wouldn’t be very significant, but for a small county like Kane which usually has lower performance, the jump becomes worth noting.

One such property is located in Aurora and went for $41,000, which is 74 percent less than its Zillow estimated value of $78,601.  The bidding started at $33,000 and there was as slight auction battle before it sold on March 6th to the lucky investor.