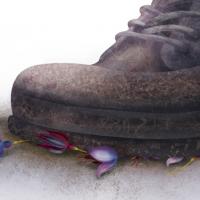 Well, as we've been busy giving you all the macro-level statistics for January and February, March has been plodding along on its own.  As is common, the first week of the month did fairly well, selling 73 properties to investors, but from there, the numbers began to fall and haven’t stopped yet.

In week two of March (9th-13th), the numbers dropped from 73 properties sold at auction, to 67 sold.  Although not a huge margin of difference, whenever the numbers fall below 70, it’s usually a bad sign.  Apparently, the second week just served as a bad omen for the third week – March 16th-20th- which sold only 64 properties to investors.  What is the cause for the dropping numbers?

Well, originally the theory was that Cook County had been lacking, but it sold 40 properties during week two and 43 properties last week.  Although these numbers aren’t astronomical by any means, they are pretty common for Cook.  The other counties, it seems, are the culprits.  Dupage County, for instance, only sold 5 properties last week, when it’s more common for Dupage to be in double digits.  Lake and Will Counties also had very slow weeks, with Lake selling only 4 properties and Will only 1!  Will County has been the 2nd highest selling county for most of the year thus far, so it’s very, very odd to see them sell only 1 property last week.  On the positive side, little Kane County sold 8 properties, which is about double what they usually sell.

Despite the rocky numbers of the last couple weeks, the Chicagoland area is due for an upswing soon.  Hopefully the auction sales will jump back up as it gets closer to spring.