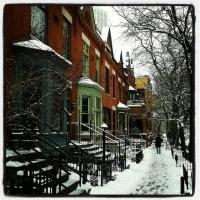 These early December weeks in Chicago are continuing to have foreclosures sell well in the Chicagoland area.  Is it extra Holiday spirit floating around this year? More desirable stock?  What is making December this year better than last year?  Well, the lack of snow in Chicago could be a big factor in the steady stream of people who made it into the auctions last week (December 8th-12th) to buy 72 properties!

Cook County sold 47 properties to investors last week, up 2 from the week before.  Cook County has been especially strong in December, where some of the other counties have been languishing under the double digit range.  One such county was Lake County, which sold only 5 properties at auction during the first week of December and didn’t do much better last week, selling only 7 properties.

In fact, the only other county that has been doing well is Will County, which sold 21 properties.  This week, Will is back to a more normal range, selling 10 properties to investors.  Similar to last week, Will and Cook are the only counties that have really been thriving so far in December.  The rest of the counties have had poor numbers throughout the month, most selling under 5 properties to investors each week.

As expected, the numbers are dwindling as we get nearer to Christmas and people begin taking winter holidays.  However, it is surprising to see numbers still above the 70’s at this stage.  Next week, auction numbers may be lower still, but hopefully some investors are taking advantage of the laxity of others at this time, swooping in to get some last-minute deals before the end of the year – not to mention that snow that is bound to hit within the next two weeks!