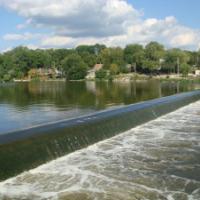 The auction numbers for the first week in February show a significant increase over the last week in January.  After the beginning of the year splurge, investors in the Chicagoland area calmed down significantly, going from 136 properties sold to investors during the first week down to 66 properties sold last week.  Now, however, it seems the auctions can finally settle back into a solid, healthy balance again.  In fact, the 78 properties sold last week provide a robust start to the month that the rest of February will hopefully be able to match.

The spread this week saw Cook out in front, per usual, selling 44 properties to investors.  Following at a distance, was Dupage County which sold 11 properties to investors from February 2nd-6th.  That constituted an increase of 3 properties from the week previous.  Will County did also did well this week, selling 8 properties.  Though not quite hitting the double-digit mark this week, Will had a big week during the final stretch in January, so a slight down-tick isn’t a surprise.

As usual, the other counties filled in a few properties here and there.  Lake County sold 6 properties, while Kendall, McHenry only sold one property between the two of them. This week’s surprise performer was Kane County.  Although this small county to the North West typically sells under 5 properties, it sold big during this first full week of February with 8 properties auctioned off.  It’s a rare thing when Kane and Will County have the same numbers!