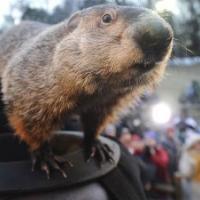 The breakdown for last week was a bit abnormal, though Cook County outperformed its surrounding counties significantly per usual.  In Chicago-proper 57 properties were sold at auction last week, while Dupage County also stepped its game up, growing from only 2 properties sold the last week of January to the 11 properties sold last week.  Other contributing counties include Will, Lake and Kane counties which all sold 9 properties.  While that number is less than Will has been selling recently, it is a big increase for Kane County to the west.

In fact, Kane County posted positive numbers throughout last year.  In 2013, the region experienced a 34.18 percent increase of properties selling to investors than in 2012 and  while auction numbers went up, the number of new foreclosures on the market dropped by 42.61 percent, making Kane County one to watch.  This year, the county seems to be continuing its positive trend and last week's numbers can only help the area continue to prosper.