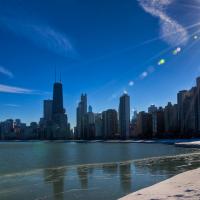 Following the trend set last month, the second week of June was a successful one.   From June 9th-June 13th, Chicago foreclosures increased by over 20 properties sold at the auctions.  Where the first week of June sold 75 properties at the auction across the 7 Chicagoland counties, last week sold 96 properties!  This is the first increase the Chicago area has seen in weeks and it looks like a large chunk of the sold properties were in Chicago-proper since Cook County had 53 of the 96 total sales.

Dupage, as the second-largest county, often sells 10 or more properties per week, but last week was an anomaly in which the county only sold 7 properties to investors.  Other low-selling counties last week included Kendall and McHenry counties, which collectively sold less than 5 properties.

This year has been an interesting one for Kane County, which has begun to average higher numbers over the past couple months.  Last week was no exception, with the county selling 9 properties to investors – the same amount as usually better-selling Lake County.

Will County was the other star last week, though.  Though the county has had its ups and downs this year, if last week was any indication, it plans on making a comeback.  During the first week of June, the county to the North West sold 9 properties, but last week it was able to jump to 15 properties sold to investors.

Though the market often fluctuates from week to week, as we enter the summer months, hopefully the auctions will heat up along with the weather!