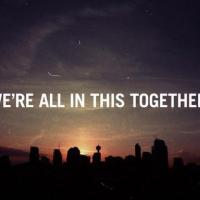 From the 17th-21st of November, the Chicagoland auction numbers seem to have found their footing again, jumping from 68 properties sold to investors the week previous up to 81 properties sold during the last week.  This resurgence could be due to the fact that this week is sandwiched between two other “holiday weeks”, because the week before was Veteran’s Day and next week is Thanksgiving!

Cook County did its part this week, by selling 40 properties at auction – almost half of the overall properties sold from all 7 counties.  Cook has also been able to remain fairly consistent during this month. From the 10th-14th of November, it sold the exact same amount of properties as this week, though the first week of November it did sell 49 properties.  During the summer, Cook generally sells closer to 50 properties per week, but the dip in sales in Chicago-proper seems only to be encouraging the other counties to sell more – and not necessarily the counties you’d expect.

Dupage, as the second largest county in the region, often sells into the double digits. However, that was not the case this past week.  In fact, Dupage County only sold 7 properties to investors.  Lake County, which, again, is more than capable of selling into the double digits in a typical week, sold 8 properties to investors.  So, which counties pulled in the extra sales?  Well, the unlikely one is Kane County, which saw 10 properties sell to investors! Kane usually doesn’t sell much over 5 properties per week, so it basically doubled its average this past week.

Another county that did well is Will County.  Will, however, has been doing well this entire year, though it has never been a consistently good seller.  From the 17th-21st Will County sold 13 properties at auction, however, helping to push the overall numbers higher.  This past week has shown how important it is for each county to do well, proving that they are all in this together!