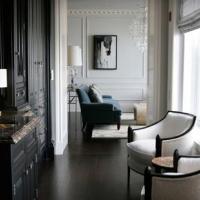 Chicago auction numbers fell last week across the 7 counties (McHenry, Kane, Kendall, Cook, Dupage, Will and Lake).  While the first week of July had an understandably slow start due to the holiday, the second week seemed to rebound nicely, jumping from 72 to 100.  Last week, however, there were surprisingly low sales numbers for this time of year.  From July 13th -18th, Chicagoland counties sold only 69 properties to investors, which is probably the most radical fluctuation over a 3-week span that the city has seen to day this year.

Even Cook County, which usually maintains about 50 properties sold at auction per week, fell to only 40, helping to contribute to the lower numbers.  The rest of the counties also fell woefully short of the mark.  Lake, Will and DupageCounties have been consistently selling into the double digits each week over the past month.  Last week, however, saw each of them suffer.  Will County did the best, selling 8 properties to investors, while Dupage sold 7 and Lake eeked out 6.

With even the big counties underperforming, it’s no surprise that Kane, Kendall, and McHenry also saw losses from previous weeks.  Though these counties rarely sell more than 10 properties a week, Kane County had been experiencing a nice run of comparatively good numbers, usually seeing 8 or 9 properties sell at auction each week.  Last week, however, Kane had only 4 sell, while Kendall and McHenry both sold 2 properties apiece.

With then great weather and high numbers we’ve seen all summer this far, let’s chalk this week up to a fluke, yes?  Here’s hoping next week is better!