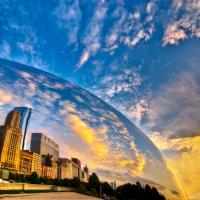 Despite a raging first half of the month, the end of January is slipping quietly into the night on the Chicagoland foreclosure auction front.  As recently as the week before last (Jan. 19th-23rd), the numbers were still high, though lower than the first two weeks of the month.  However, last week slipped from a good 81 sales at auction to a lagging 66 properties sold to investors from the 26th to the 30th.

Cook County this week sold over half of those properties.  As we know, Cook is always our top seller, except for serious anomalies every now and then.  However, a more typical average for the Chicago-proper County is 40-50 whereas this past week it sold only 35 properties to investors.  Of note is the fact that all of those 35 properties were residential in nature – either single family, townhomes, multifamily or condos.

The other counties also saw slow weeks.  Dupage, the 2nd largest county of the 7, saw just 8 properties sell at auction last week, while Lake, which tends to do well, sold just 4 properties to investors.  One saving grace, however, was Will County.  Will County, which performed well overall last year, despite having a number of ups and downs week-to-week, sold 11 properties at auction, making it the second-best performing county during the final week of February.

The smaller counties – Kendall, Kane and McHenry – posted accordingly small numbers this week, as well. Kane sold 4 properties, matching the low-performing Lake this week, while McHenry sold 1 property and Kendall sold nothing.  Though not uncommon to see the numbers dwindle after a big start in January, let’s hope this isn’t an indication for how the rest of the year will look.  If it is, we'll all have to rage against the dying of the light, as poet Dylan Thomas put it.