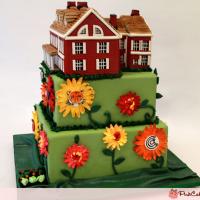 Auction numbers fell from 78 properties sold to investors during the first week of February to 70 sold last week (Feb. 9th-13th).  However, 70 auction sales is still pretty typical for this time of year.  As always, certain counties performed better than others, but Cook really went above and beyond this past week.  Though it is typically the highest selling county every week, it took an especially large chunk of the auction action this time, selling 52 properties of the overall 70 which accounts for almost 75%!

Unfortunately, the bump in sales for Cook County this past week meant a dip in the other Chicagoland areas.  For instance, the usually robust Will County sold zero properties last week, as did Kane and Kendall.  McHenry sold only one property, though Dupage sold 7 and Lake had a comeback from last week, selling 10 properties.

Over in bank-owned properties there was a decrease from last week to this week, as the numbers fell from 363 during the first week of February to 271 from the 9th-13th.  This could be considered both a good thing and a bad thing.  On the good side, less properties reverting to the lenders could mean a decrease in foreclosure stock in Chicago in general, but on the bad side, some of the properties picked up by the bank might be zombie foreclosures that need to be cleared off the market and if less are being taken than they will continue to drag down home values in their areas.