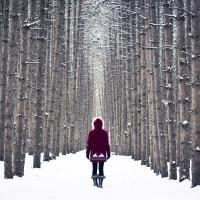 According to a new article published by Chicagobusiness.com, it may be too early to stop worrying about foreclosures in Chicago – but it’s not for the reasons you might think.  As is evidenced by statistics put out by ILFLS for the year of 2013, the number of new properties entering foreclosure for the year dropped 40.46 percent from 2012.  When talking about the new foreclosures, it seems that things are, in fact, improving.  So…what’s the problem?

The problem is that the Illinois foreclosure process can take quite a long time – around 800 days from the time of delinquency and when the property actually ends up on the market.  This delay is the cause for a possible false optimism in the area because some of the properties that initially fell into foreclosure in 2012 are just hitting the market now. Another issue, according to Chicagobusiness.com, is that some of these foreclosures fall under the moniker of “distressed properties”.  These distressed properties are sold at a lower value than other homes in the neighborhoods and make buyers more hesitant about buying other real estate in the area because of the confusing variation in pricing in the neighborhood.

Still, as word spreads that the market is improving, more eager homebuyers are venturing out to the foreclosure auctions this winter, making the inventory turnaround faster.  The only issue there is that new homeowners and investors tend to be picking up properties that have just fallen into foreclosure, leaving some of the distressed properties and foreclosures that have already been on the market for a while behind, exacerbating the problem.

The bright spot is that the number of new foreclosures on the market continue to drop while the number of properties sold at the auctions rise.  This is a good indication for this year in Chicago real estate because it means that some of the older properties are being evaluated by new eyes.   While we may not be completely out of the woods, we may be able to see a break in the trees ahead.