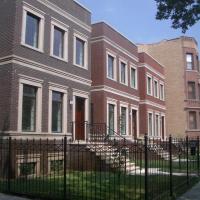 There was a nice boost in properties sold at auction this week in the Chicagoland area.  With 70 properties sold last week during the lead-up to Valentine’s Day, the 88 sold this week came as quite a surprise.  Typically, the numbers only jump by that much after a holiday or during the first week of the new month, so to see an increase of over 15 properties this week is a pleasant occurrence.

Cook has been the talk of the town during the last two weeks.  Even last week, where there were only 70 sales at the 7 Chicagoland counties, Cook was able to have a big week by selling 52 of those properties on its own!  This week, the Chicago-proper County was able to match those numbers, again selling 52 properties to investors from February 16th-20th.  What makes this week better than last is the improved spread of properties sold throughout the other 6 counties (McHenry, Kane, Kendall, Lake, Will and Dupage).

Kane has been having an interesting February, as well.  With big sales during the first week for the usually slow county, no one expected to see much more from them this month.  However, Kane is proving us all wrong this week with 8 properties sold at auction, beating out bigger counties like Dupage and Lake (which sold 7 and 5 properties this week).  Will was the other county of note this week, with 15 properties sold to investors.  Will started the month off lulling behind with only 8 properties sold during the first week of February.  Then, during the second week of February, it shocked us even further by selling zero properties!  This week, however, seems to mark a bit of a comeback for the county to the Southwest and hopefully we’ll see more good news from Will next week.