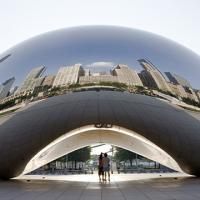 Thanksgiving may have affected the auction sales for the last week of November, but the first week of December seems to have picked up the slack.  With 90 properties sold to investors from December 1st-5th, this could bode well for the next couple of weeks before the holidays.

Cook County pulled its weight last week, selling 45 properties, exactly half of the overall total for the week!  Cook is usually the most consistent of the counties and, as the year comes to an end, that still remains true.  Selling between 40-50 properties per week, Cook is steady and reliable, which allows for the many fluctuations seen by the other counties.

One such county is Dupage County, the second largest in the Chicagoland area.   Dupage, though high in land mass, is never a very big seller.  It can sell anywhere between 5-15, depending on the week, but when it hits the higher end of the scale, it tends to be during those rare weeks that Cook is off its game.  Last week, Dupage was somewhere in the middle, selling 7 properties at auction.

Will County always does the unexpected.  One week it will sell 8 properties, the next 20.  There doesn’t seem to be any kind of traceable pattern in this little county to the north, but when it contributes its big numbers, it can make the difference between an average week and a great week.  Last week was no exception – Will surprised us again by selling a whopping 21 properties at auction!  Will County is home to towns like Plainfield, Joliet and part of Naperville, so sometimes the housing stock there can be a bit pricier than in other counties.

As December continues, let’s hope that the next few weeks can live up to the promising start laid out by the 7 Chicagoland counties!