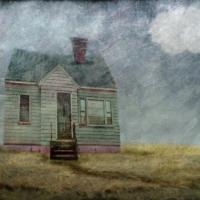 After an extremely low week at the auctions during Thanksgiving, the first week in December brought more hope for Illinois foreclosures.  With only 39 properties sold to investors last week in all of the Chicagoland counties, this week serves as a breath of fresh air as the numbers rose back to a healthy 82 properties sold at auction.

This year, as soon as November hit, Chicago foreclosure sales became more modest, falling from between 90-100 sales per week at the auctions to between 70-80, instead. Though the drop in numbers may seem like cause for concern, it is a natural cycle that happens every year, and this year‘s transition actually seems less extreme than it has been in past years.  This could be due to improved performance in certain counties - most notably Lake and Will.

Last week’s numbers for Lake County held steady at 10 properties sold to investors, while Will County had 11 properties sold this week.  Combined, they accounted for about 25 percent of the total sales from last week!

Bank Owned properties in Chicago last week were higher than usual, with 611 from December 2nd-6th.  The first week of any month tends to have higher numbers than the rest of the weeks, but REO’s were likely especially high due to the lack of auction activity the week of Thanksgiving.

As we venture further into winter and the holiday season, expect a lot of changes week to week in the Chicago foreclosure world.  To stay informed, keep coming back to ILFLS.com for the latest information!