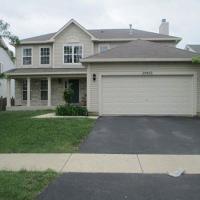 Auction numbers for Chicago foreclosures are holding steady this week.  After a slow start to the month of March, the investors flooded the auctions during week 2 of the month while the city enjoyed some unseasonably warm weather.  As the third week of March drew to a close, it was clear that the number of properties sold to investors stayed high with 93 properties selling from March 17-21st.

One of the properties sold last week in Will County is located in Plainfield and sold for 59 percent less than its Zillow estimated price of $177,429.  At high noon last Thursday, this 3bdrm/2.5bath home sold for only one dollar over the starting bid of $132,600.  The home sold in January of 2006 for $321,565, so the investor really did get a good deal – especially because of some of the nicer details like the finished basement, attached 2-car garage and new hardwood flooring!  Even better news is the fact that, according to Zillow, home values in Plainfield are set to increase by 2 percent over the next year.