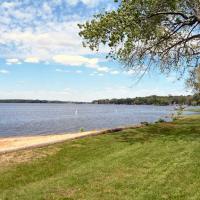 After the strong start at the auction for Chicago foreclosures, the numbers are starting to slip as we enter the middle of the month.  From May 5th-9th, the 7 counties had 108 properties sell at auction, but last week, as the weather turned colder and rainier, the numbers slipped by over 20 properties, landing at 83 sold to investors from May 12th-16th.

Cook County was the only one of the 7 Chicagoland counties to reach double digits last week, causing an unusual spread at the auctions.  Cook had 47 properties sell to investors, while the second highest-selling county was Dupage County with just 9 properties sold.  Lake and Will counties, which typically break into the double digits, only sold 7 properties to investors each.  McHenry County also saw 6 properties sell, though for the small county to the North West that is actually a fairly normal number.

One property that sold in McHenry County recently was a 3 bedroom, 1400 sq. ft. home located in Wonder Lake, IL.  Interestingly enough, the home sold for $139,000 in October of 2003 according to Zillow, but its current estimated value is actually higher than that!  After home values bottomed out in December 2012, Wonder Lake has been seeing signs of recovery with the average home value in the city increasing by almost 10K over the past year.  This home, in particular, saw an even more impressive home value curve, growing from an estimated value of 113K in December 2012 to the current Zillow estimate of $140,962!  What’s most exciting, though?  The investor was able to buy the property for just $28,381 at the auction on May 5th!