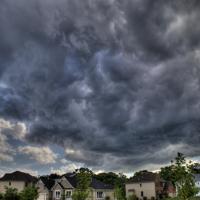 The middle of March marked the highest numbers of the year so far.  With 108 properties sold to investors during week two and 93 sold the week after, mid-March seemed to predict good things for this spring in Chicago foreclosures.  However, the sunny auction outlook may have been a reflection of the surprisingly warm weather we experienced those two weeks.  Unfortunately, after the big auction rush from March 17th-21st, the numbers began to fall.  As April grew closer, the numbers began to settle in the 70’s, which is about average for a week during this time of year.  Then last week happened.  From March 31st-April 4th there were only 39 properties sold to investors across the 7 counties.

The sudden drop in property sales at auction could be due to a number of factors.  To start with, Cook County only sold 17 properties to investors last week, which is nearly unheard of.  Cook tends to carry the weight of the auction activity from week to week and to see the county sell under 20 properties is concerning.  Sadly, Cook still had the highest property sales last week and the remaining counties didn’t even break double digits.  Dupage, Lake and Will counties all hovered around 5 properties sold at the auction last week.

It’s always fascinating to see how the weather plays into auction activity and last week could’ve been a case of poor weather equating to poor auction attendance.  With the cold rainy days toward the end of the week, fewer people were out at the auctions in Chicago.  In fact, Cook County only sold a combined total of 4 properties on Thursday and Friday when the weather was at its most threatening. Illinois foreclosures fluctuate frequently throughout the year and the changes can’t always be chalked up to weather indicators, but it’s worth watching to see how often rain or shine affects the auction turnout.