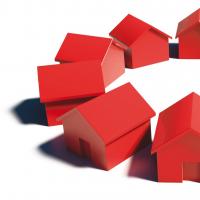 Auction numbers for Chicago foreclosures have been fluctuating throughout the month of March.  There were a few great weeks in the middle of the month where properties sold to investors were between 90 and 100, but as the long month draws to a close, the numbers seem to be falling again.  The 7 Chicagoland counties sold 73 properties from March 24th-28th, which is 20 less than the week prior.  Though higher auction numbers are always better, if Chicago stays above 70 per week it’s still doing fairly well.

It was a decidedly good week for Kane County, which sold 9 properties to investors.  Cook County had the majority of sales last week, with 44 properties going at the auctions.  Some of the other counties like Will, Lake and Dupage - which usually sell pretty well - didn’t even break double digits last week.  However, Kane was able to sell the second-highest amount of properties with 9 over the course of the week.  Will and Dupage counties both sold 6 properties last week, while Lake could only muster 3 sales.

Kane County, located slightly to the north and west of Chicago encompasses parts of Elgin and Aurora and, though small in square footage, has a lot of quality properties available.  According to Zillow, the home values in Kane have been on the decline since the housing crisis in 2007.  From the highest numbers seen in 2005 and 2006 to the lowest homes values seen in 2011 and 2012, Kane County has started the slow process of regaining its footing.  Over the past year, home values have risen by around 1.07 percent and are projected to continue rising throughout the year.