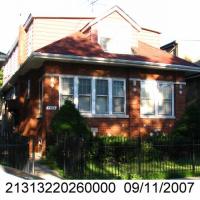 We’re starting to see the results of the holiday season already!  As November creeps toward Thanksgiving, the auction numbers continue to dwindle.  From 105 during the last week of October, to 73 properties the first week of November, to only 68 properties during the past week, it appears that investors in the Chicagoland market are losing steam.

One thing that must be noted about this past week’s numbers is that Tuesday was Veteran’s Day, so, although the numbers are lower, they are without one day of sales.  If we take this fact under consideration, it actually paints a fairly positive picture for the week and for the Chicago market as we head into the winter months.  From Nov. 10th-14th, the average daily sales amounted to 17 properties, so if we were to imagine the week without the holiday, it would actually be pretty encouraging for the area.  However, we can’t discount the holiday altogether, so we’ll just have to wait for next week’s numbers to see if the hypothesis is correct and the numbers will go up again!

Still, we’ll leave you with an example of one of the properties sold last week.  A beautiful one-story home in Chicago proper sold for 88 percent less than its Zillow estimated price on Nov. 10th.  The estimated value was, in fact, $120,107 and it sold for only $13,601, which was one dollar over the amount they started the bidding at!  This brick home with a 2-car garage, 5 bedrooms and 3 bathrooms was built in 1912 and last sold in November 2001 for $138,000, which gives just one example of how bidding on these foreclosures can really save you a bundle!