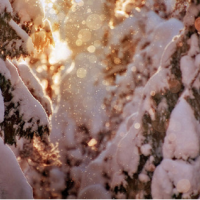 Welcome back!  The holidays are over and it’s officially a new year.  Chicagoans have been inundated with snow, wind and ice, and the city has been lying low the past few weeks as a result.  Up until mid-December, the number of foreclosures selling at the auctions was still pretty high, but as the holidays got closer and closer, the numbers dropped lower and lower.

A typical week in Chicago foreclosures during the winter sees between 60 and 80 new properties sell to investors, but in the last three weeks – from December 16th-January 3rd – the total number of properties sold was only 117.  This breaks down to 39 properties selling each week which is obviously very low in comparison.  However, due to the mixture of harrowing weather, Christmas and New Year’s celebrations, it’s not surprising that the numbers dropped as seriously as they did.

The last big push of 2013 came during the week before Christmas (Dec. 16th-20th) when 73 properties sold to investors. Those numbers were actually quite high for the time of year and could be a good indication of what 2014 will bring for people looking to invest in the Illinois real estate market.

REO properties also saw a drop in number, first from 519 to 477 from December 9th - 20th and then down to 319 by January 3rd.  Again, this drop in the number of properties reverting back to their lenders doesn’t come as a surprise due to the holiday season.

It’s exciting to be at the brink of a whole new year.  What will 2014 hold for Chicago foreclosures?  No one knows.  But you can rest assured that the Illinois Foreclosure Listing Service will be here to keep you in the loop on all the latest Chicago foreclosure news.