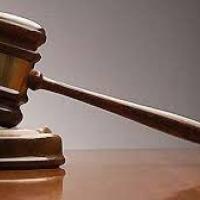 The first full week of 2014 seems to have inspired many investors to get into the foreclosure market!  After three week of poor numbers due to the holidays, the Chicago area is seeing a marked upturn now that the new year is officially in effect.  From Jan. 6th-10th, in the span of only a week, the Chicagoland area sold 159 properties to investors.  Even during the height of the busy season for investors (June, July, August) the weekly numbers weren’t this high.  Some of the increase is attributable to the lack of auction action during the holidays and the possible build-up of quality properties languishing while people were celebrating.

Now, however, Chicago is full of people again and a savvy handful of investors took the opportunity to snap up some great properties at low prices despite the terrifyingly cold temperatures last week.   What is perhaps most interesting about last week’s numbers is the spread between counties.  Five of the seven Chicagoland counties stayed in their normal ranges, while 2 counties soared.  Cook County, or Chicago proper, was responsible for 52 percent of the newly sold properties, accounting for 83 of the 159 sold last week.  Will County also performed well, continuing the upward trend we noticed before the holiday lull and selling 26 properties to investors.