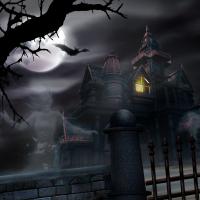 Halloweek seems to have brought out the best in the world of Chicagoland foreclosure auction sales!  October has been slowly falling into obscurity on the foreclosure front and just when we thought we’d never see more than 80 properties sold in a week again, we were proven wrong.  Investors have stepped things up during the final week of October and the result was 105 properties selling at auction from Oct. 27th-31st.

So, what caused the major jump in auction action?  Though we can usually attribute major increases like this to Cook County, that doesn’t appear to be the case this time around.  In fact, Cook County had an entirely average week, selling 43 properties to investors and not making much of an impact.  Some of the other counties, however, had really impressive weeks, resulting in 5 of the 7 Chicagoland counties to sell into the double digits!

Some of these counties, like Dupage and Lake (selling 15 and 10 properties, respectively) don’t come as much of a surprise.  Dupage, though slightly higher than usual, often sells into the double digits, and Lake can generally be counted on to produce between 8-15 properties per week.  On the other hand, high auction sales from counties like Will and Kane are shocking!  Kane sold a whopping 12 properties, which more than doubles its average selling numbers for the other weeks in October.  Will, too, had a massive increase, selling 20 properties in the past week when compared to the 10 it sold during the week of Oct. 20th – 24th.

Overall, this week has been a shock to the system.  Hopefully high numbers will continue as we head into November, despite the holidays coming up.