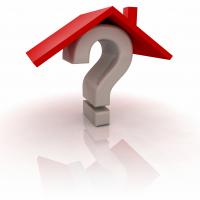 The low numbers from the second week of September have failed to spill into the week of September 16th, suggesting that the sale numbers were a fluke.  In fact, last week sold 107 properties to investors – which is a first for recent months!  It more than makes up for the weak week before and much of the increase is due to the great numbers in Kane County and Lake County.

Cook County, as the largest county in the Chicagoland area usually makes up the brunt of the sold to investor numbers per week and last week was no exception.  Selling 52 properties, Cook was definitely leaning toward the higher part of its usual weekly range.  On average, Cook County sells between 40-50 foreclosed properties per week, so, although 52 is high, it’s not the reason for the great numbers we had this week.

Lake County sold 15 properties to investors this week and it shows no sign of halting the acceleration it’s seen this month.  During the first week in September 2013, Lake County sold 7 properties and last week it sold 10, so it has been gaining steam all month.

Kane County has also been seeing more action this week.   With 16 properties sold to investors, it too has increased steadily since the beginning of September and with steady numbers from counties like McHenry, Kendall and Will, the jump in sales this week is easily explained.

One investor got a great deal on a lovely 4 bedroom/4 bath home in the popular Lake County last week.  With an estimated value of $244,532 from Zillow, the ranch style home is in wonderful shape and whoever bought it got quite the steal paying $145,201 at auction on September 17th.  That is 55 percent less than the estimated value of the home!